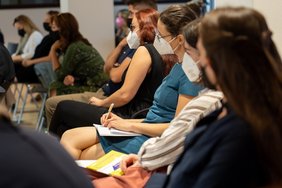 On September 7 the Slovenian Book Agency organized a meeting of Slovenian and German publishers in Berlin at the seat of the EU house together with the Slovenian Cultural Center in Berlin. After the presentation of the leading cultural project in the frame of the Slovenian Presidency of the Council of the European Union – Europe Readr – the publishers listened to two young Slovenian EUPL prize winners, Anja Mugerli (2021) and Nataša Kramberger (2010) and then took part in an intensive B2B meeting.

From September 8-11 a group of publishers and producers from Germany and Austria visited Slovenia for a study trip organized by the Slovenian Book Agency. Representatives of C. H. Beck, Berlin Verlag, Suhrkamp, Literature House Munich, manuskripte magazine and others met several Slovenian publishers and authors as well as visited the famous Vilenica festival, which took place at the same time.

Participants of both events were excited about meeting live and learning about Slovenian literature, as well as enjoying the beauty of the future guest of honour country of the Frankfurt book fair.

Photos from the publishers' meeting in Berlin:

Photo 4: A talk with the authors

Photo 5: Matthias Göritz, the 'Slovenia – Guest of Honour at the Frankfurt Book Fair 2023' curator in conversation with Anja Kovač, the project coordinator.

Photos from the study trip in Slovenia

Photo 1: A meeting with Slovenian publishers

Photo 4: Participants of the study trip in the company of the vilenica-award winner Josef Winkler (AT), the president of the Slovenian Writers' Association, Dušan Merc and several translators from Slovenian into German language

Photo 5: The vilenica-award winning author Josef Winkler (AT) at the prize-giving ceremony in the Vilenica cave in Slovenian Karst 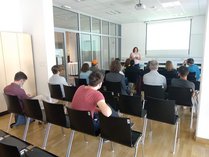 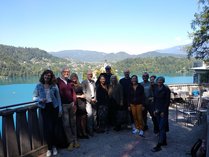 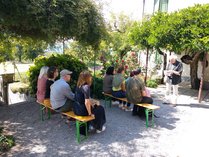 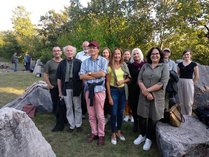 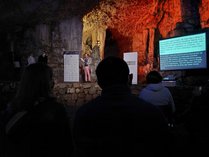